DALLAS and NEW YORK CITY—AT&T Inc. and Time Warner Inc. announced October 22, 2016, they have entered into a definitive agreement under which AT&T will acquire Time Warner in a stock-and-cash transaction valued at $107.50 per share. The agreement has been approved unanimously by the boards of directors of both companies.

The deal combines Time Warner’s vast library of content and ability to create new premium content that connects with audiences around the world, with AT&T’s extensive customer relationships, world’s largest pay TV subscriber base and leading scale in TV, mobile and broadband distribution. 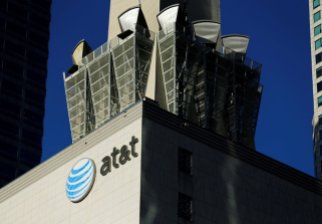 Time Warner, Inc. is a global leader in media and entertainment with businesses in television networks and film and TV entertainment, uses its industry-leading operating scale and brands to create, package and deliver high-quality content worldwide on a multi-platform basis.

AT&T Inc. connects millions of customers around the globe with leading entertainment, mobile, high-speed Internet and voice services. With TV customers in the United States and 11 Latin American countries, AT&T is one of the world’s largest providers of pay TV. They help businesses worldwide serve their customers better with mobility and highly secure cloud solutions.

The U.S. Government continues its studies and research at the intersection of telecommunications and the rapidly evolving market for video content. Regulatory analysts say this mega-merger would need to win approval from the Justice Department and may require lengthy reviews by the Federal Communications Commission (FCC) . AT&T is expected to offer upfront concessions, such as assuring other pay-TV distributors and wireless operators would still have access to Time Warner programming.

Want to learn what Meta is doing with Machine Learning? Join Dame Phillips, Technical Recruiter from Meta as he’ll discuss how/why Meta leverages Machine Learning, what they look for in their ML team, and more!
Register: https://bit.ly/38IRQJV